Another quick one for today (Day 14)

Today's post is going to be another short one. The guitar is coming along nicely, I was up too late working on it cause I had *gestures vaguely* stuff yesterday that interfered with my creative process and I was hoping to be further along than I am.

The really hard part is done,which was writing out the music around the edge.Music is a foreign language and has so many nuances, etc. It was funny as I was adding the music, all I could hear in my head was my dad's voice counting it out like he used to when I'd practice my violin!
Good times! :D

So here is where I am today. 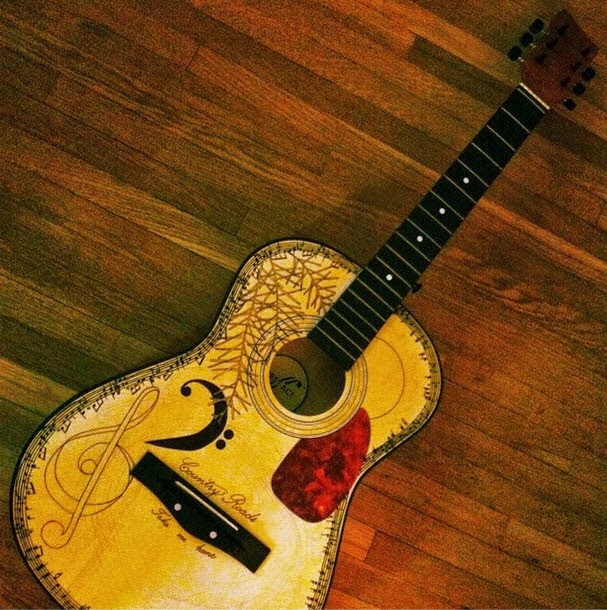 I promise to do a complete "guitar" post when it's done with all the wip pics and the completed project and the story behind it, but for now, I want to get back to it.

Tomorrow is Father's day, so today's art prompt is cards! Do you need to make a card? Decorate the envelope? Simply remember to go pick some up? That might not be that creative, but I hate trying to make cards the day of something, so if you don't need a Father's day card, what about one for a day in the future?

I have to make 3. One for my Dad (which given his gift is going to be pretty simple, but hopefully he won't mind) then I need to make one for my brother, since it's his very first father's day! And one for my husband too, with a thank you note for giving me the 2 best gifts in the universe.

Oh yikes.I just realized that it's my sister's boyfriends birthday this week, and I'll be seeing him tomorrow too. Guess I need to make a birthday card! So that's 4. Maybe I'll incorporate already completed artwork in those! Either way, I better get back to work! 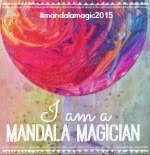